Despite Chris Finch possessing traits most would find abhorrent, think sexism, narcissism, and chauvinism to name a few, David Brent still admires the man and kisses the ground he walks on.

In the series David describes Finchy as his “best friend” and one of the “cleverest” men he knows. He has an IQ of 142. To back up this statement, Brent provides the following anecdote:

Brent also repeats a joke Chris Finch’s tells him over the phone to further exemplify his admiration for the man:

“What’s the difference between a fox and dog? About 8 pints of lager.”

In spite of this admiration from Brent, most of the scenes of Chris Finch involve him demeaning and degrading David Brent as well as others around him using quick-witted remarks and repartee. Many of his stories are rich in the bravado and hyperbole endemic of your typical alpha male.

Besides David Brent, the only Office character to admire Chris Finch is Gareth Keenan, often seen hanging onto every last word coming out of Finchy’s mouth.

Finchy’s watershed moment comes during the office quiz. As the consummate alpha male Chris Finch is ultra competitive and hates losing. In the build up to the quiz he tells the office intern, Ricky, that he reads a book a week.

The Dead Parrots (Brent and Finch) end up going head to head against The Tits (Tim and Ricky) in a sudden death round, and Ricky ends up getting the answer correct resulting in The Tits winning.

After the quiz everyone is gathered round the bar and Ricky takes the micky out of Finchy for failing to defend his title. In his frustration Chris Finch blames the duo’s failure on Brent’s ineptitude when it came to not knowing the name of the Cuban leader who had been in power since the revolution of 1959. Brent said it was Fray Bentos.

As a way for Finchy to find retribution, him and Brent hatch a new plan to decide the ultimate winners of the quiz. If Chris Finch can through anything of their choosing over the building they win the quiz. It’s during this scene that Gareth delivers one of his best lines in The Office:

“If they’re sad little men, he’s thrown a kettle over a pub, what have you ever done?”

They proceed to take one of Tim’s shoes off and Finchy hurls this over the pub with relative ease. Then there is a bunch of claiming and slandering from both Brent and Finchy towards Tim and Ricky as they celebrate their self-decreed victory.

Finch tells Tim and his quiz partner Ricky to respect their elders and to not fuck with the big boys. The scene ends with Chris Finch having sex with Trudy in the parking lot.

In the final episode of the Christmas special, David Brent’s tolerance for Finchy’s bullying reaches an end point. Finchy makes a humiliating remark about David’s date for the evening, referring to her as a dog. Brent, tells Finch to “f*ck off” leaving him dumbfounded and lost for words.

“There’s none so queer as folk, or David Brent.”

“While you’re down there love.”

“So I get there, she’s aged 19, Ferrari chassis, fantastic set of shelves and legs up to her arse…Muchos tequilas later I’m in a cab with her…Not only that, but me mates bird wants to get a lift with me and this nympho…So there I am back of the cab, the both of them have got their laughing gear around the single-barrel, pump action, yogurt rifle…So back to mine, two hours sleep, yeah…So today I bumped into the mate whose bird I’ve done…Sold him two ton of high white…He said to me ‘you look knackered’… Yeah and you look like you’ve had a pot noodle and a wank.”

“I heard about your Blockbusters. I read a book a week.”

“And what was your job? Professor of watching countdown every day?

“Tell her I’ll take up the dole office.“

“Give me half an hour with her and I’ll be up to my nuts in guts.”

“I hear you’re in with that Jennifer whatsherface…‘Ere give her one from me.”

“So the landlord of the Lamb pub in Chichester challenges me to throw you know one of these little copper kettles over his pub, right…So I go outside take off me tie, tie it to the handle…weeeeyeeeew…pow.”

“Now let that be a lesson to you…Respect your elders and do not f**k with big boys.”

Chris Finch is played by Ralph Ineson who was born in Leeds and studied Theatre Studies at Lancaster University. Since acting in The Office he has also had roles in Game Of Thrones, Harry Potter and Star Wars.

Due to his deep and distinct Yorkshore accent he has done voiceovers for a number of prominent TV commercials including Lastminute.com, Dacia, Wickes and Gaviscon.

In an interview with The Guardian in 2018 he said that he wanted to be a Yorkshire cricketer growing up. 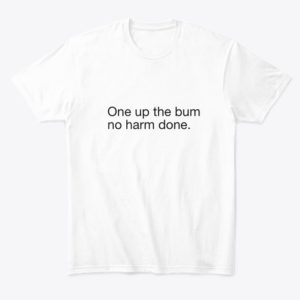