Gareth Keenan is the consummate teachers pet. He sucks up to David in his quest for hierarchical ascendance. He cuts a skeletal, gaunt figure in spite of references to being in training thanks to the territorial army where he was a lieutenant.

One of the best scenes to convey this was a deleted scene that unfortunately never made the final cut. Hard to believe it really.

He’s not sharpest tool in the shed either. There are many both subtle and more explicit references to this throughout the series. Him wondering if there will ever be a boy born who can swim faster than a shark.

Conflating a psychologist and a psychiatrist. Not being able to fit his full name on his stapler. Believing everything Simon the computer geek tells him.

He is hellbent on hierarchy and is continually referring to himself as the Assistant General Manager amidst David Brent’s persistent corrections of “Assistant to the General Manager”.

He also likes to pull rank by throwing his “Team Leader” title about. Tim finds this all a bit of a joke and tells Gareth the superfluous job title is a simple way to hand over more responsibility to him for the same pay.

In todays politically correct world, Gareth Keenan probably wouldn’t last more than a few weeks in an office job. Remember the first episode of The Office was aired in July 2001. Examples of Gareth’s societal tactlessness include him referring to George Michael, Queen and the Pet Shop Boys as all being “bummers”.

His social intelligence is also found wanting when it comes to women. During Trudy’s birthday celebrations he is overheard saying that he would do her from behind if it was “no strings attached”. She responds by asking him to put that in an email to her, to which he affirms he will.

He also develops an interest in Rachel, one of the ladies who transferred across from the Swindon branch. He approaches her in the kitchen one day, and after a few short and straight to the point validation questions asks her out on a date.

One of these questions was, “do you have any kids from previous marriages?”. Rachel turns him down saying that she is already going out with Tim that night. In response Gareth asks if he can join, to which he is told he can’t. He then tells Rachel that if she doesn’t go all the way with Tim, he’ll still be interested. Watch the entire scene below.

His lack of self awareness and empathy towards others is raised many times throughout the series. One such example is when Dawn breaks up with Lee and Gareth tries to console her by saying that Monkey Allen would still “do her” even if nobody else would.

Another example is during his “Invetigation” when Tim and Dawn deliver an army themed enquiry riddled with homosexual innuendo for which Gareth picks up on none of it.

In reference to working hard and not getting what one deserves he says to Tim at the xmas party party, “…you do all that, only for foreigners, women and disabled’s to take advantage of it”.

He regularly boasts about his military skills claiming to be able to kill a man with a single blow. This seems to run contrary to both the physical and mental makeup of the man. He appears gangly and weak, with a narcissistic and selfish nature about him.

Gareth Keenan’s other interests outside of office life further cement his image. He likes kung fu and fast cars. He bought himself a Triumph TR3 for £1,500, did it up and it’s now worth £3,000. Profit in that, so.

Despite Gareth Keenan trying to portray himself as tough, he does also have a more vulnerable side which is displayed when David announces that he’ll be leaving the Slough branch.

After going into David’s office to discuss his impending departure, Gareth begins crying and says “That’s it then, the old team on the scrap heap”. Brent tries to console him by telling him he’s a soldier and says “The squadron never dies, does it?”

David then offers Gareth a memento. Gareth asks if he can take the guitar and David said he needs to choose something he can replace. Gareth then chooses the hole punch.

After David Brent’s redundancy, Gareth’s jostling and corporate play finally pays dividends as he is promoted to Regional Manager. This is partly down to Tim’s recommendation, which is something that is never really explained in the series.

Although very little airtime is given to Gareth’s role as Regional Manager it appears as if he tries to manage with more of an “iron fist” than David, with scant regard for any humour within the workplace. Most of the employees still don’t appear to give him much respect and the office environment seems even more lacklustre than when David Brent was in charge.

Mackenzie Crook acts the role of Gareth. He was born in 1971 as Paul James Crook in Maidstone, Kent. Before landing his role in The Office, Crook has ephemeral levels of success in a few different comedy shows. Before he started acting Crook had jobs at Halfords and Pizza Hut.

After The Office he landed his first major film in the Pirates of the Caribbean franchise. He played the role of Regetti, a pirate with an ill fitting wooden eye. Crook appeared in the frist three films of the franchise, but did not appear in “On Stranger Tides” which aired in 2011.

Outside of film and television, Crook has appeared in a number television commercials including, Visa and M&M’s. He has also done the voiceover for a Curry’s commercial.

On stage, his most notable role was that of Billy Bibbit in One Flew Over the Cuckoo’s Nest where he acted alongside Christian Slater.

He is married to Lindsay, a former advertising executive. The couples live in Muswell Hill, in north London. They have a son, Jude and a daughter, Scout. 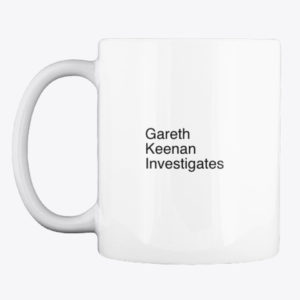